Drivers for the Bioplastics Market Growth in India

A number of key drivers are accelerating the growth of the bioplastics market globally. Many of these are relevant in the Indian context too.

Currently, bioplastics represent about one per cent of the about 300 million tonnes of plastic produced annually. But as demand is rising and with more sophisticated materials, applications, and products emerging, the market is already growing by about 20 to 100 per cent per year. According to the latest market data compiled by European Bioplastics, global production capacity of bioplastics is predicted to quadruple in the medium term, from around 1.7 million tonnes in 2014 to approximately 7.8 million tonnes in 2019.

Biobased, non-biodegradable plastics, such as biobased PE and biobased PET, are the main drivers of this growth. More than 60 percent of the bioplastics production capacity worldwide in 2014 was biobased, durable plastics. This share will increase to over 80 percent in 2019. Production capacities of biodegradable plastics, such as PLA, PHA, and starch blends, are also growing steadily, nearly doubling from 0.7 million tonnes in 2014 to well over 1.2 million tonnes in 2019. PHA production will double by 2019 compared to 2014, due to a ramp-up of old and new capacities in Asia and the USA. 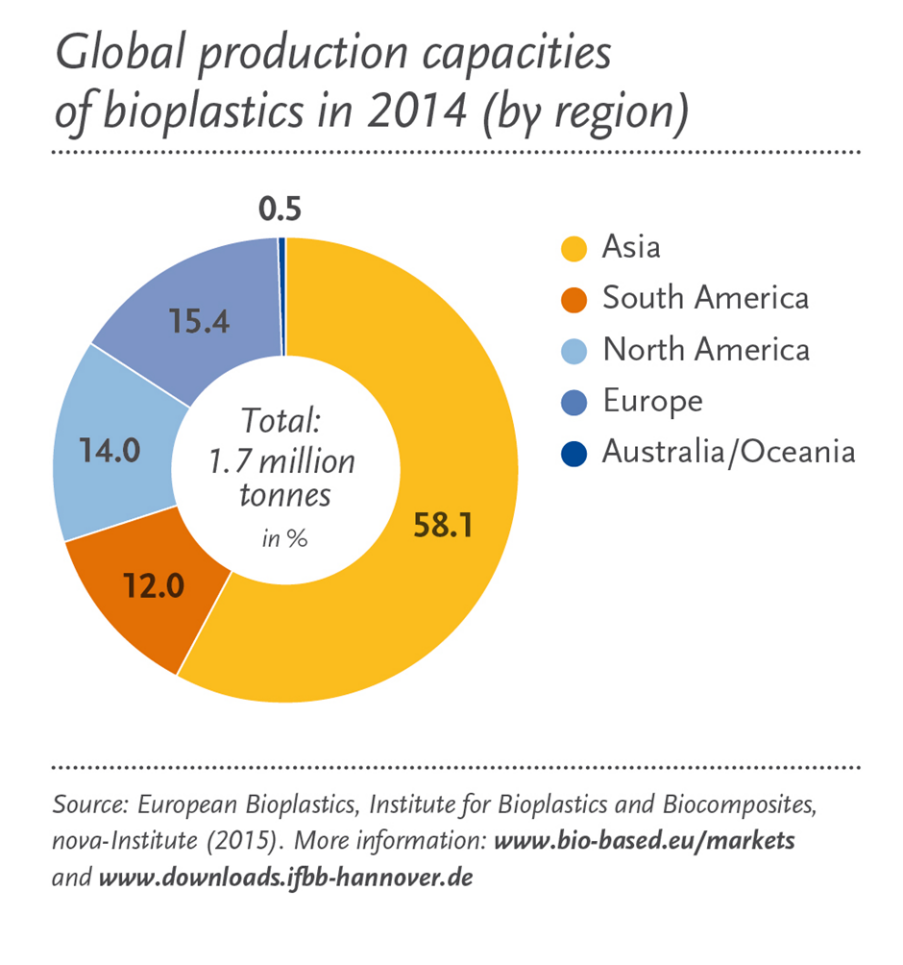 PLA is expected to be the largest segment, in terms of volume, in 2015 with a market share of more than 45.1% of the total biodegradable plastics market. PLA is also expected to grow at the second-fastest rate among all the types of biodegradable plastics. The growth of PLA is expected to be driven by its superior mechanical properties and ease of processability. In terms of value, starch blends are expected to account for the largest share in the market during the forecast period. This is due to the comparative high cost of starch blends to PLA. 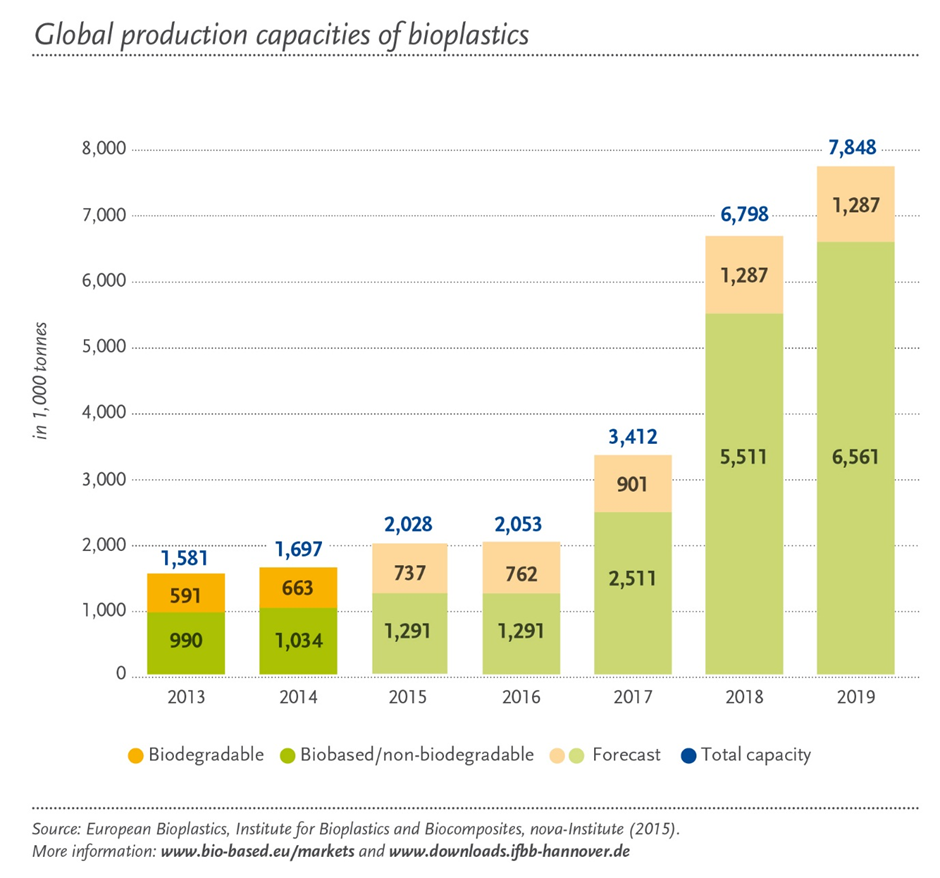